Some interesting and encouraging news, Puffy has been announced as a performing act at Anime Boston. I have not seen the specific details as to the specific date, but the convention itself runs from March 31 - April 2nd.

The outstanding questions I have are:
Will this be in a proper venue?

Will they be bringing along their support band?

Will I have to go to Boston as who knows when they'll be back in the US?

Anyways, great news and even better for East Coast people.   Now if Denver Comic Con would book them...

Only one slight gripe about the posting on the convention's site, I kind of disagree with the album numbers... but minor issue. 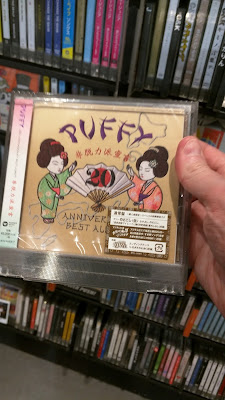 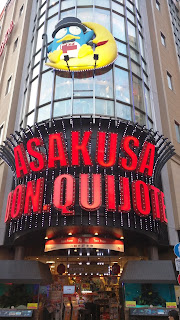 Were This Any More Japan...

Hey gang saw this crop up on the Facebook side of Puffy fandom.  Were this any more Japan it would have had to be in Tokyo Tower.

This checks so many boxes in my life:  Domokun, orchestral instruments, Puffy and Japan.

Perhaps Ami was not having a good singing day, but she sounded pretty rough.  Which is a surprise as she is usually the singer with much more range.  Based on this it sounds like off the cuff singing Yumi's voice is holding up well...

Still wrapping my thoughts around my Japan trip in regards to Puffy.  Hope your Labor Day weekend has been swell.
Posted by Wes at 11:09 AM No comments:

Tokusuru Karada One of my favorite PUFFY songs for a few reasons but mostly because it is one of their most unique in that they have never had a song like this again in 20 years.  But a nuance I never noticed was the the racquetball  ball players mimicking their "dance moves you can do drunk" in one of the scenes. 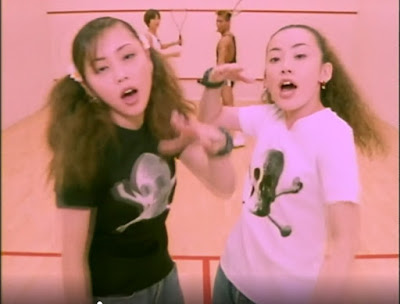 Here is the video in much higher quality than you see on YouTube... Looks like an official Puffy VEVO site.  This is most welcome but I'll chat about that later.

P.S.  Had a great trip to Tokyo in July.  Just about perfect.  I hung out with my pal Dr. Doug who lives there again about Puffy and the state of things.  Been jammed with real world things since getting back so blogging has suffered.

Puffy has completed their 20th Anniversary tour* in high style.

Matching up with the 20th Anniversary album, here is the set list.  I deeply suggest bracing yourself, because this is stunning.

Tamio was a guest performer at the final concert and I wonder what other special activities happened for this final concert.

I can only hope that it was recorded and will be on DVD/Blu-ray (or streaming).

Some other news too, but I am doing some leg work to validate.  The quick take it that thi sis only the start of a lot of stuff going on for the rest of the year.

* Much to my dismay well as it is before my forthcoming trip to Tokyo.
Posted by Wes at 11:28 AM No comments: 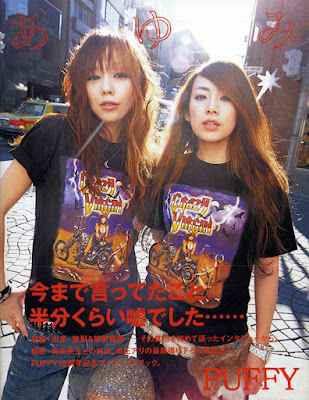 It has been an awesome musical ride! 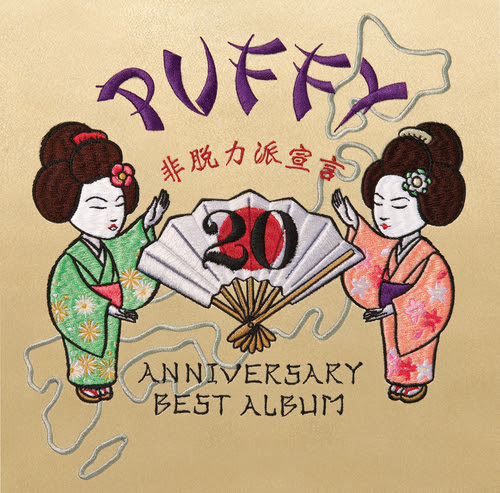 Puffy has a 20th anniversary greatest hits album due 4/6, so very soon.  Looks like there will be two limited deluxe versions (8000 yen) and a regular version (3200 yen).  No idea what goods will be in the deluxe versions specifically, but it appears to be part of a clothing line they are involved with BEAMS.   Given I am not Japanese sized, I have my doubts that I will buy the deluxe versions... Any ways here is the track list (I'll try and clean up titles later):

Mostly familiar ground from the prior greatest hits albums with a live track and one new song (there may be more that I could be missing).  Also their worst song to date is included... I'll give them credit for sticking by it.

My personal opinion is given Puffy had a 15th anniversary greatest hits album and very little material since (singles no albums) to show since this seems egregious.  Sort of like Jet Fever, a greatest hits album after two full albums, shelved demos and an EP.  That said, it seems all too common place among Japanese artists, so maybe that is just the way of it. Judy and Mary did the same thing to no real benefit other than padding bank accounts.

Hopefully a full new album is in the mix.  This feels like something of a letdown for a tremendous anniversary for Ami and Yumi as performers.