Got back from Japan a couple of weeks ago.  In short: Japan was everything I thought it would be and more.    I would go back again for a vacation without question.  I know what you are asking, did I find any Puffy items.  My first stop was in Kyoto but it  was not my first choice, my wife wa snot in the mood to go to a music shop when we were walking to the Nishi Honganji Temple.  There was a store called Book Off which probably would have been great as I suspect a used store might have more Puffy stuff.  But not worth pressing as the vote was 3 to 1 against me.

As we were walking up to Kiyumiza-dera Temple, which is basically a pedestrian mall filled with tourist stuff.  There was a store that catered to Japanese celebrity type items.  No dice, simply the young clerk giving me the X sign with his hands.  Which to me was about the only off putting thing in Japan, but that seems to be a young people thing and they can be just as annoying no matter where in the world they are. :)  Now my last chance was the final leg of the trip back in Tokyo.

In Tokyo stayed at the Marriott in Ginza (great location, three major subway lines right outside the door) and then time was running short.  Luckily the plucky hotel staff helped me out and pointed me to Yamano Music on Chuo Dori.  A five minute walk from the hotel (well for me... the advantage of being tall).  So we stopped by while looking for dinner and I met with some success. 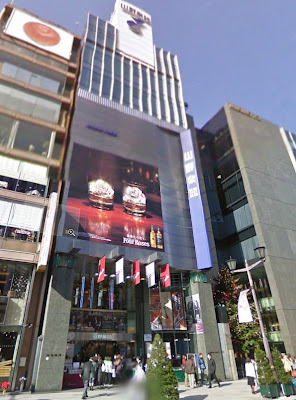 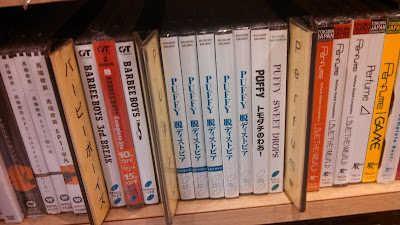 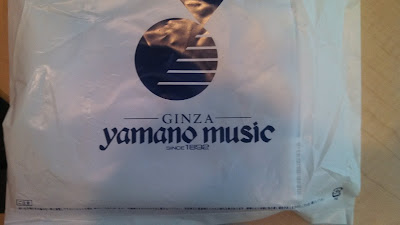 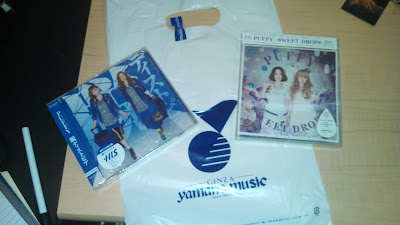 It was a bit of a bummer to only have recent singles to choose from but I try to make the best of a situation.  So I got the Sweet Drops and Datsu Dystopia singles.  It was a nice way to end the trip as the following day was our flight back to the States.

If anyone is interested I can post some travel pics and I promise I will keep them to a reasonable amount.
Posted by Wes at 11:57 AM No comments: