The only Puffy album release this year is not by Ami and Yumi, rather it is a sanctioned cover album.  Cover albums I have always felt conflicted about.  On one hand I really like it when a band or artist takes someone else’s work and makes it their own.  On the other I hate it when a song is recorded the exact same way, a Xerox if you will.  Putting a wrinkle in this is Puffy has always mixed in material they have written and other musician’s songs.  In the case of Puffy Covers what is a cover and what is not is blurred on a number of tracks.

Having only heard a smattering of Marching Puffy, I can’t say Puffy Covers is better or worse but I would have liked to heard Marching Puffy in its entirety as a point of reference.  Not that this always works well.   While not technically cover albums, the PRMX remix albums do not come close to setting the world on fire for me.  What I can say in advance is that I like Puffy Covers more than either of the remix efforts. 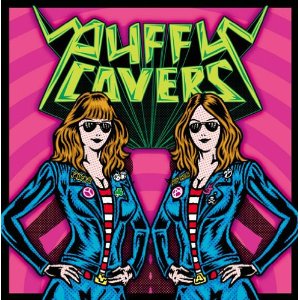 I am not going to go into any great detail about the tracks themselves.  Individual songs have been previously covered by Jeff or myself.  The direction I am taking in this album review is gauging the performance, the differences and what I liked (or did not) about the track.

Uncovering Puffy Covers is The Birthday’s cover of Dareka Ga.  The vocals are nicely whiskey voiced, the instruments feel just a nudge more in the background than I would like.  That said, I like the cover and feel it compliments Puffy’s version.

Mother sounds a little too much like a Tamio Okuda impersonator singing it.  This is not a bad thing per se, but Low IQ 01’s effort is nowhere near as good of a delivery.   I have heard one of Tamio renditions and this is nowhere near as nuanced as Puffy’s version; it lacks the emotional depth or bitter.  This  cover feels rushed which may explain why it is kind of a one note delivery that could be performed by any number of lower tier bands.

Circuit no Musume which is covered by Tamio Okuda has demo tape written all over it.  Not a bad thing, but this rendition probably was not meant for people like me (or you, i.e. us) to hear and the rough performance and production shows.  I imagine this was done about a decade ago, then put on the shelf and pulled off for Puffy Covers.  No dusting off in the process.

Kuchibiru Motion  is one of my favorite songs from honeycreeper and for the most part Yoshii Kazuya’s cover falls into the emulating Puffy’s version.  Which by my general rules governing cover songs would make me dislike it… just the opposite. He nails it, though in regards to execution it is a slight notch down from the Puffy’s take.

Saito Kazuyoshi delivers an overly nasally version of Hare Onna with instruments that sound a bit mushy.  Maybe this song is more popular than I know, but Puffy has enough proven songs (either commercially or critically) that choosing Hare Onna seems like a weird selection.  It does not work for me.

Ai no Shirushi, the lead singer of Spitz wrote this and Puffy released the song first then about a year later Spitz released their version (or original…. see what I mean about lines blurring?).  This version is one of the more polished tracks given it was a release by Spitz, so it sounds great.  I like it better than Puffy’s version.

Rolly doing Tararan is definitely different and unlike other tracks the vocals at times are behind the instruments.  It is also a fun (and at times weird) cover and another I probably like a touch more than Puffy’s version which was a paint by numbers effort.

Fujifabric’s rendition of Bye Bye is polished and I believe they also released the song.  Again this was probably one that could be pulled off the shelf with ease, but in Puffy’s catalog would this be one that leaps out as one which must be covered?  That said as compared to Puffy’s, I don’t like it as much but there is nothing wrong with it.

My Story as covered by Kishidan has cleaner sounding instruments, but also does not have nearly as many layers in instruments or vocals.  As mentioned in the Bring it on! Review comments, it is a lyrically cheap song, but when Puffy delivers it they deliver it well.  Kishidan falls well below the mark Puffy set with a slightly more rock version (which I should like as I tilt that way…).  It is okay, but it doesn’t garner the same reaction from me that Puffy’s version does.

Nagisa Ni Matsuwaru et cetera goes along the lines that one track on recent Puffy albums must be unforgivably bad (e.g. Wake Up, Make Up).   The opening is reminiscent of Yokai Puffy as delivered by what sounds like puppets.  It kind of sounds like Ami and Yumi in the lead up dialog, but that just might be an affect by the performers.  On the plus side if you thought the lead up to the actually song was horrible… there is the cover itself which consists of the same people yelling out the lyrics and often out of tune.  It. Is. Hideous.

After the previous track anything would sound better, but Hasanjauze is actually a fun rhythm and blues (of sorts) cover that I give The Cro-Magnons high marks on.    It captures the spirit of Puffy’s version but manages to be different at the same time.

Oriental Diamond, another demo tape from Tamio Okuda… though in this case I heard it years ago and really liked it then.   Apparently he liked it so much he used it as a b-track, so I think everyone can agree this one is a winner.

Umi he To, again a pretty stereotypical rock cover this time by The Pillows… It doesn’t really go outside of the box Puffy sang but it is better executed than Low IQ 01’s cover of Mother.

Kore Ga Watashi No Ikiru Michi is a more electronic version by the Magokoro Brothers.  It is probably on the lower tier of songs on Puffy Covers, but there is nothing outright bad with the track.  It just didn’t work for me.

Onna Machine Gun is a completely exploded version by Guitar Wolf.  I won’t say it is good, but I appreciate it even though it borders on the unlistenable.

Summoning The Who and Tamio Okuda the Okamotos nail this version of Jet Keisatsu.  It sounds like a song from the 60’s that Puffy then reassembled and covered themselves. It blurs the genres in some weird reverse manner that I love (also a reason why I adore Puffy…).  Instrumentally it is sans keyboards and boiled down to some nice guitar, bass and drum work.  The vocals have a slightly washed out feel, but again this works.

Asia no Junshin… one would immediately assume something re-covered by two legends of Japanese music would be awesome.  Tamio Okuda and Yosui Inoue’s take on their own song is a slightly more drawn out rhythm and blues version.   Yosui Inoue’s vocals are admittedly very different as a rule and do not work for me here.  Tamio has done better.  This is not the first time I have heard them perform Asia no Junshin as there is a live clip on YouTube.  I did not care for that and I have to say I did not care for this version either despite enjoying the work both have done as individuals.

The end result of Puffy Covers is a mixed effort consisting of songs taken off the shelf and ones recorded for the album.  Given Puffy sanctioned and marketed this album I was hoping for more of a work of love than a space till fill, but ultimately the weak points of this album make it more the later than the former.   That said of the clunkers Nagisa Ni Matsuwaru et cetera is what weighs down Puffy Covers.  It is the most singularly awful song ever attached to Puffy and that is counting Wake Up, Make Up and All Because Of You.  Were this track salvoed my opinion of Puffy Covers would significantly improve.

I decided to grade Puffy Covers by track and then as an album.  I think the granularity is important but also the overall effort is important especially as this album (like most others in Japan) is not cheap.

Overall I would give Puffy Covers the following marks:
Singing: B
Instruments: B-
Production: C+

While I think Puffy Covers is a serviceable release given the events outside of music with Yumi, it is not an album I would say you should immidiately buy.  I have to because I run this site (though if anyone from Sony/Puffy haunts this site...).  I would not call Puffy Covers an essential Puffy album to have in your collection but I don't regret my purchase either.
Posted by Wes at 5:43 PM No comments:

Been kind of quiet in regards to things Puffy. I see snippets of Ami doing interviews and such so hopefully the gears of the Puffy machine are just turning slower while Yumi enjoys her new (and hopefully joyous) experiences with motherhood. 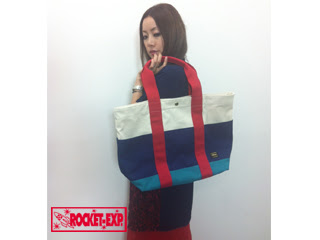 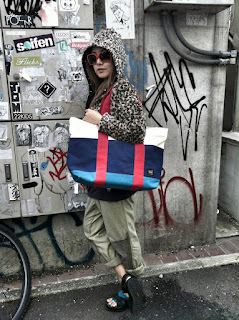 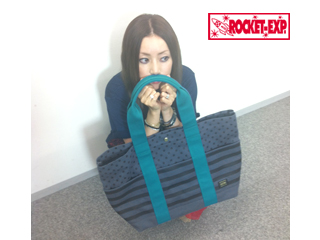 ...which I only thought interesting as Ami is of a size that she could probably fit inside of one. :)

I have been listening to Puffy Covers as I finally broke down and got a copy.  I will put my thoughts around that in the next week or so.  Hopefully team Puffy will get back in the swing of things in the months ahead.