Ami & Yumi Throw Out The Ceremonial Pitch For The Fukuoka Hawks

Wish this were of Ami and Yumi throwing out the ceremonial pitch, but here is a quick interview segment.  From looking at other Hawks opening pitches, they appear to have a bit of a production behind it.

Here are some pics via one of the Japan media outlets. 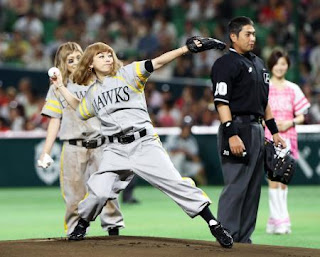 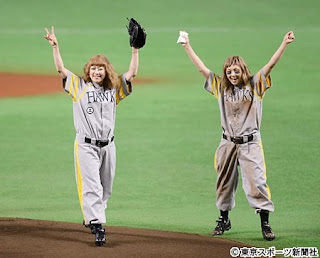 As we close in on year 20, hopefully we will see more events from Puffy!

Puffy will be featured in the "Lazona Bargain!" campaign Lazona Kawasaki Plaza with a new song "Colorful Wave Surfers" starting 6/22/15. 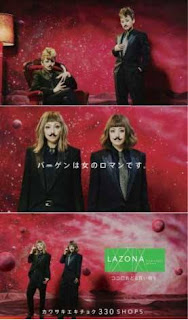 "Colorful Wave Surfers" was composed by Okamoto Koki of The Okakmotos.  Not that I have a ton of exposure to The Okamotos (something I will correct), but they seem more rock than Rolly.  So that is good news.  Some chatter about more collaborations but nothing solid and hopefully not Rolly.

It is a little disappointing that Puffy seems to be kind of relegated.  Their opening for a Dutch Pop-Jazz singer Caro Emerald is something I'll chock up to a warm up for their own tour... but I cannot recall the last time Puffy was an opening act.  Now Puffy is shilling for a mall, albeit a fairly big mall but according to Trip Advisor not especially noteworthy.  Puffy keeps their hand in the game and it gives me something to write about.

Additionally this fall Puffy will appear in the film "Uchimura Summers THE MOVIE Angel" and contribute the song "Kore ga Watashi no Ikiru Michi" as the theme song.  Cool stuff, maybe I should have led with that.