Looking Back on 59: an Album Review 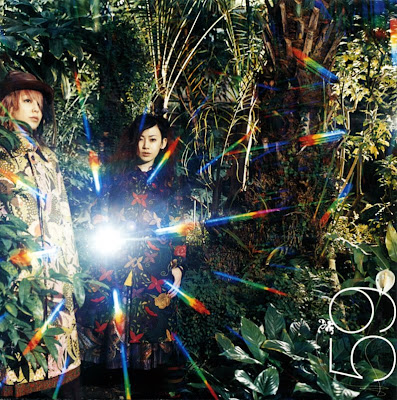 Let's all take a minute to think about the 59 album. It is a strange little piece of shiny plastic and aluminum, coming as it did at a weird time in Puffy's lives and careers. I've always wanted to know the full story behind its production. There was a lot going on in Puffy-ville, as Ami had just delivered her baby girl and "Hi Hi Puffy AmiYumi" was being readied for US launch. But Yumi was also coming off a divorce that hadn't played well in the tabloids, and the band's previous album Nice. had not sold well at home. They had earlier taken about six months off so Ami could do the whole mothering thing full time - real life had temporarily interrupted their careers.

They called 59 a "mini album", which almost sounds like an apology. As in "sorry, we couldn't record a full album, but here's what we could manage."

It is probably Puffy's worst album, but it's also under-appreciated. Japanese fans spurned it, and some of their less hardcore western fans may not even know it exists. It never had a US release, despite the fact that their previous two albums did. Instead, we got the soundtrack to the "Hi Hi" TV show, so the release of 59 got lost in that hoopla in the west. The "Hi Hi" soundtrack itself has four out of the six original songs from 59 anyway (depending on what you count), so Americans might not think they're missing much.

But they are! For one thing, this album has the Japanese version of "Teen Titans", which for some reason is actually tolerable to me whereas the English version really isn't. (This might cut both ways; my wife can't even listen to the Japanese version, she says the lyrics are so dumb.) It also has a somewhat different mix of "Joining a Fan Club" than we got on the "Hi Hi" soundtrack - though it's debatable which is better. (The US version is a little heavier.)

But the two real stars of the album are "Kokoro ni Hana wo" and "Kaze makase futari tabi", the former being a pretty straightforward but incredibly catchy rock song and the latter an electro sort of loungey bit of goofiness with some heavy guitars mixed in, which wouldn't have sounded out of place on the Spike album. And I still rank that album as my favorite Puffy release.

It is imperative that you hear - no, that you own - these two songs if you call yourself a Puffy fan. Both of these songs are as good as anything Ami and Yumi have ever recorded. You can visit CDJapan and listen to song samples there.

The rest of the album is not nearly as strong, being filled out by three animation theme songs ("Sunrise" and two versions of "Teen Titans"), a cover ("Joining a Fan Club"), a completely unnecessary second English remake of "Invisible Tomorrow" ("So Long Zero"), and the retro-inspired "Forever". Overall, it's a little sloppy sounding and it lacks any sort of distinguishable identity of its own. It seems an attempt to return to the eclectic era of Spike but, except when noted above, without nearly the same results. The problem is probably just that most of these songs aren't that memorable, or they sound like songs Puffy have recorded before (or they actually are). You can tell that even producer Andy Sturmer knew something was wrong given his copious use of fill synthesizers - it's pervasive throughout 59, and annoyingly noticeable. Unfortunately, this was the last full album he'd work with Puffy on.

Great artwork, though (excuse the crease - it's a poster foldout): 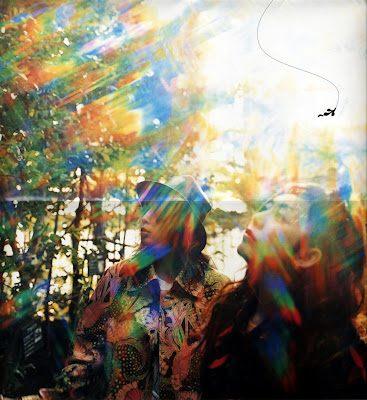 You can't really blame anyone involved for any of 59's shortcomings given all that was going on at the time, and I'm just grateful for the two essential but tragically unheralded tracks sandwiched in the middle of the album. Sometimes there are more important things in life than work.

Oh, two of my favorite Puffy videos are also from this album, even if the songs aren't my favorites - see below.

Couple technical notes. 59 went out of print almost immediately after its release, but it was re-released sometime in 2006. Whether it's still in print now, I don't know - but you can still order it from CDJapan. The original release was one of Sony's experiments with copy-protected CD's (you may have read the wikipedia article on this album, which I mostly wrote). I'm not sure if the re-release had the controls lifted, but I believe that it did.