Celebrating it's 100th anniversary, Yoshimoto Kogyo is releasing a three disc album featuring a slew of original material and covers titled "Yoshimoto Cover & Best."  You might ask, as I did, who the heck is Yoshimoto Kogyo?  I had to do some digging, as I have trouble enough keeping track of stuff I actively listen to.  Yoshimoto Kogyo is an entertainment conglomerate based out of Osaka and focuses on comedy talent.  They actually celebrated their 100th anniversary in 2012, but a couple years off out of a 100 is not too far off. 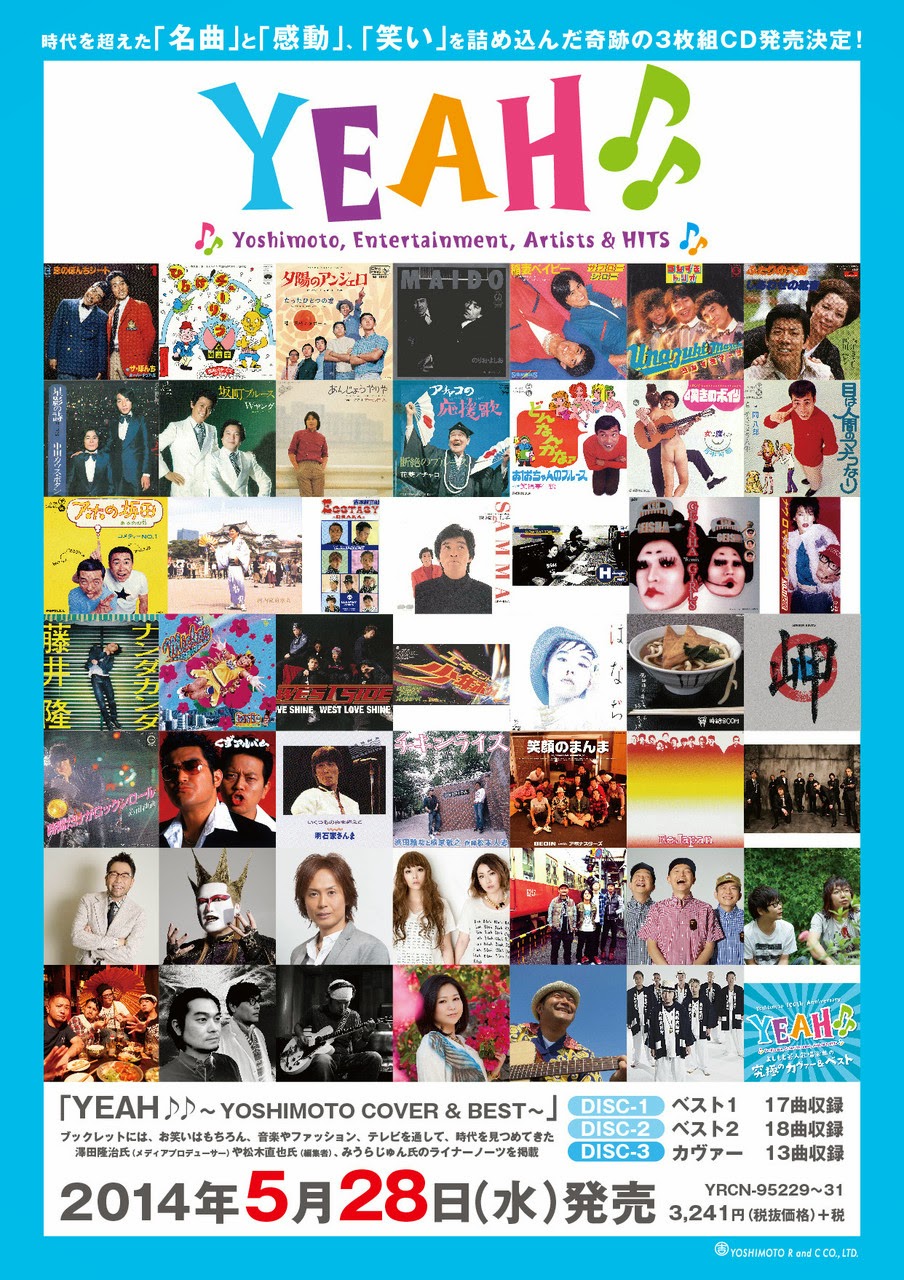 Some entertainers you'll recognize outside of Puffy, like Tamio Okuda.  Quite a few I do not.  The first disc seems to be focused on classic hits by what I presume are the original performers.  The second disc is songs that are more contemporary.  The third disc is musicians covering comedic songs from the Yoshimoto catalog.

It is a pretty strong assumption Puffy will be doing a comedic song.  Not unfamiliar territory as their own song "Youkai Puffy" falls into that genre. I skimmed a translated review from Yahoo.jp and they seem favorable and that is favor's Puffy's musical stylings.  I sort of dig this sort of thing, even if it winds up being something I do not like.  I say this because is shows Ami and Yumi are entertainers and not just singers, which is probably a good direction they should go as they approach the end of their secodn decade as performers.

Thanks to EQ here is a sampling of the third disc, which contains the Puffy track.  Skip to the 38 second mark to hear Ami and Yumi's contribution:

To me it still has that synth heavy sound I am not really sold on, however even this snippet sounds better than “Himitsuno Gimmy Cat Ufufu Hontouyo.”  I will be interested to hear other new material by Puffy as it looks like their support band has been blown up and simplified, which I will comment on in a post hopefully later this coming week as I need to do more legwork for that.

(h/t to Bonsai for the initial find, you gave me a great lead!)